How can we
help you?

Given some basic detail, we’ll follow-up with you in 24 hours or less. If you give us a little information we can better serve you right from the outset…

In August 2012, 13-year-old Duncan McRae was killed in a tragic accident that shook the city of Calgary and made national headlines. The McRae family, desiring to do something meaningful and lasting in Duncan’s memory, organized a memorial hockey tournament that will hopefully become an annual event.

The McRaes asked CUE Creative to assist their efforts by designing programs for the tournament, which was held December 13-16, 2012. We designed and managed the print production for 6 divisional programs on a very tight timeline. The tournament was a great success and CUE Creative is very proud to have been a sponsor. 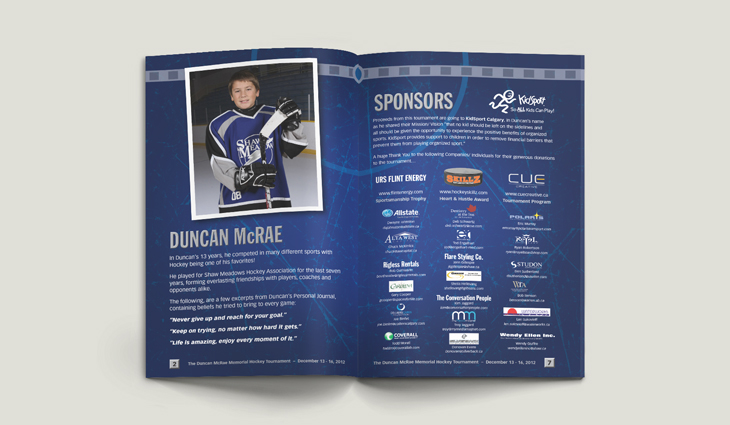 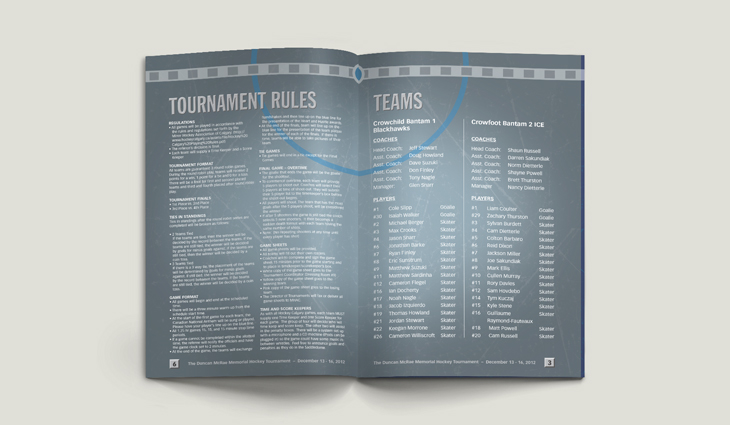